VEX Robotics is an annual competition that attracts tens of thousands of the smartest and brightest engineering and computer science minds from a range of tertiary institutions including high schools and universities in 45 countries. 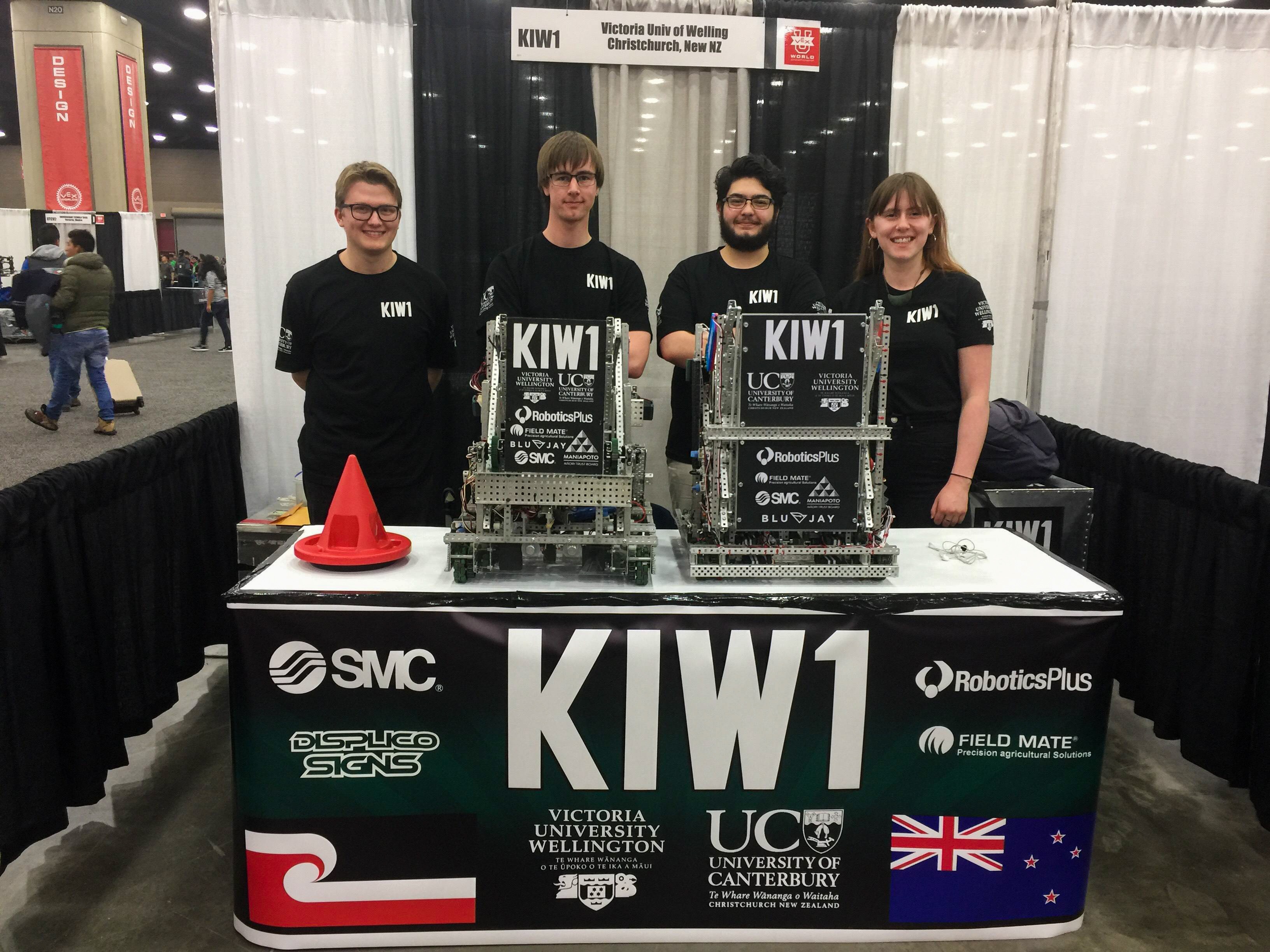 “For many of us, it was our first VEX Worlds, and it was a priceless learning experience. Getting to see the level of competition, and different techniques of building which we haven’t been exposed to was so educational and exciting”, says Isabella.

Isabella lettered in robotics in 2014, when a friend from her school, Wellington East Girls College, needed a helping hand. Since then she has had a desire to remain in this exciting space where skills are learned and built through creativity, design, and innovation.

“I was the driver within the team, physically driving the robot at competitions, I also helped with designing and building. I didn’t do so much coding of the robots but ironically that’s what I’m studying and loving now.” 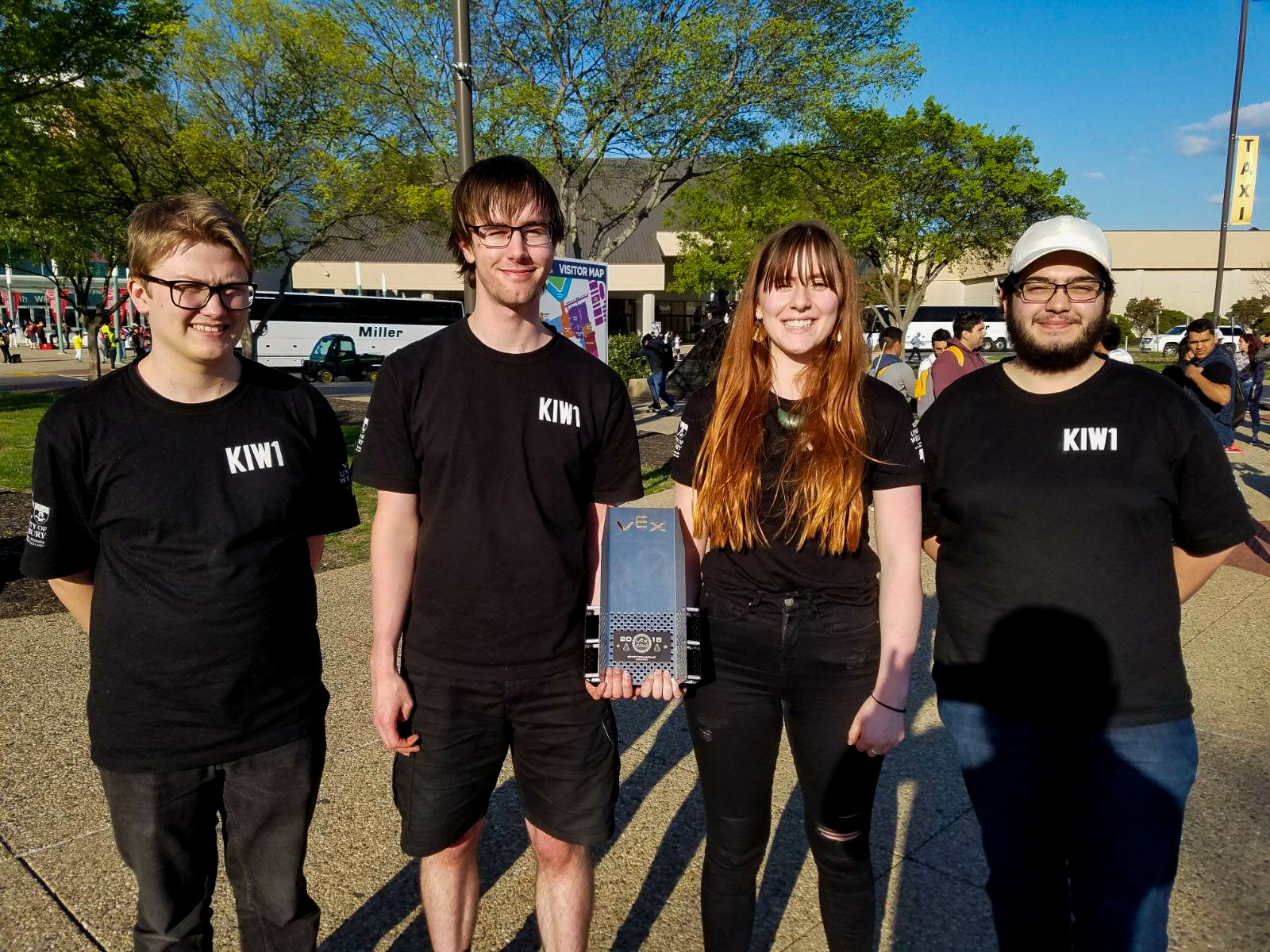 To understand the complexity of the competition and what it involves, all competing teams have to design, build, program, and drive a new robot to complete specific challenges. This year’s culminating game required stacking cones on movable or stationary goals and shifting the movable goals into increasingly difficult scoring zones. It isn’t just a bunch of clunky metal all mashed up, it is a carefully constructed and designed robot which aims to be stronger, faster and more agile than that of its opponents.

“While we didn’t do as well as we hoped, we did have an amazing time. We have this experience under our belts for next time, and it will make us all better mentors of our team”

Unfortunately, Team KIW1 did not place, however, alongside the competition is the comradery and the career path. Attending this competition has expanded Isabella’s understanding of robotics and it has also built her robotics network. Learning, teaching, and connecting with international individuals and her teammates provides an opportunity to develop and grow her passion and specific career stream. 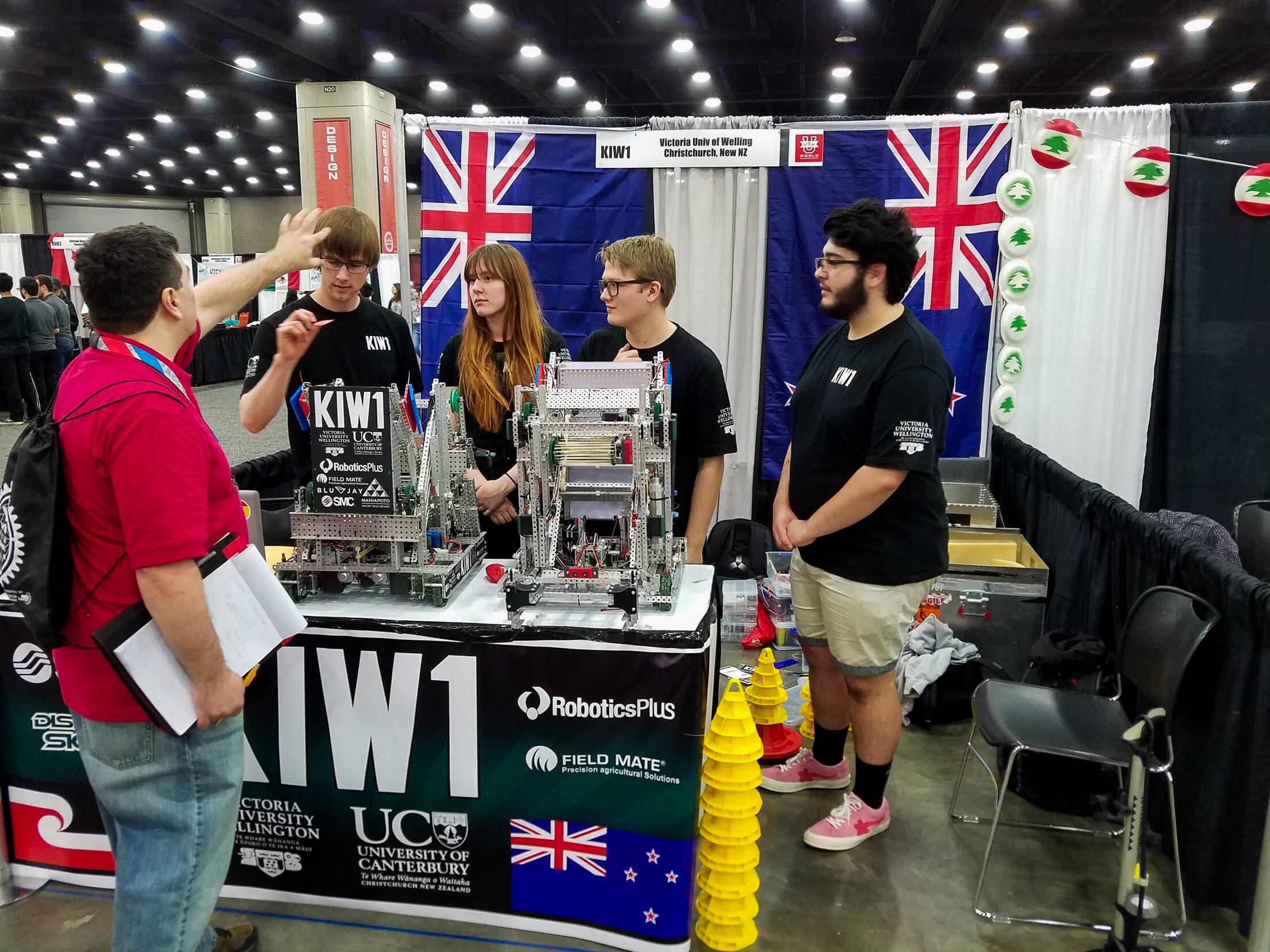 The Maniapoto Māori Trust Board was elated to support and sponsor Isabella’s journey in both her competitive and educational aims.

By Uenukuterangihoka Jefferies|2018-09-04T13:28:58+12:00June 13th, 2018|Featured, Latest|Comments Off on Computer Science tauira returns from VEX Robotics World Championship in Kentucky, US